On the 10th December Cardiff Amnesty held its annual Write for Rights meeting at Chapter Arts Centre. Each December we come together to write greetings cards for prisoners of conscience whose rights are being abused. It only takes a few minutes to send a card or but for someone facing oppression or unjustly imprisoned they are often invaluable.

This year our meeting coincided with the 70th Anniversary of the Universal Declaration of Human Rights. To mark this special occasion what could have been more fitting than sending cards to some of the millions of women rising against injustice around the world – and paying a heavy price as a consequence.

And the good news is that the Write for Rights campaign works! Every year, real change happens because of Amnesty cards, letters and actions. People wrongfully imprisoned are released. Torturers are brought to justice and those in prison are treated more humanely.

Once again we highlighted the ongoing plight of Nazanin Zaghari-Ratcliffe who was detained on the 3rd April 2016 by the Iranian Revolutionary Guard after a holiday visiting her family in Iran. Sadly, Nazanin remains in prison in Iran and her daughter, Gabriella, still cannot leave the country. This will be Nazanin’s third Christmas in prison separated from her family and loved ones. Nazanin’s 40th birthday will fall this Boxing Day and we would ask you to keep her in your thoughts at this festive time.

We would like to thank our friends at Chapter Arts Centre who helped us host this successful evening. Our thanks to Natasha Hirst, our wonderful photographer, who was on hand to capture the meeting. You can read Natasha’s blog here. Special thanks also goes to the Heritage Lottery Fund in Wales who signed cards in support of the Write for Rights Campaign. 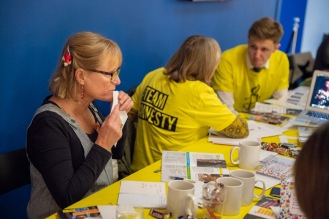 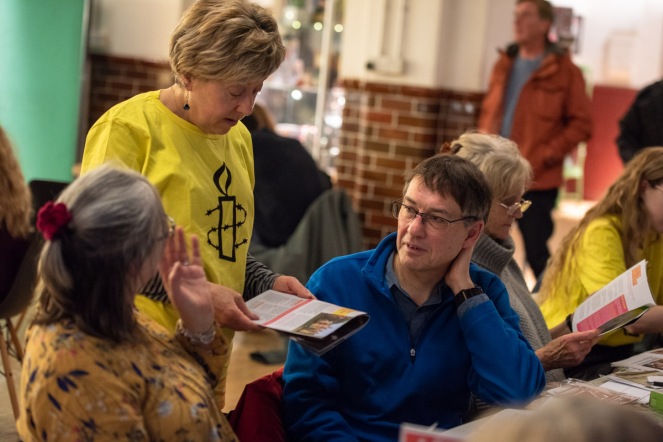 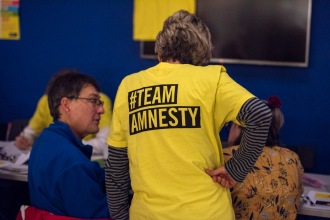 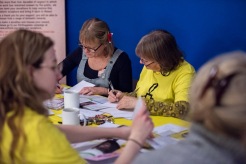 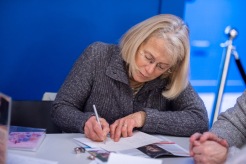